Anushka Sharma is one of Bollywood’s most talented actresses. She is recognized for her stellar acting skills and pretty smile and made headlines when she married Indian skipper Virat Kohli, two years ago. Anushka Sharma was last seen on the big screen in Zero and fans are waiting to see her on the big screen once again. The actress has been inseparable from her hubby ever since they tied the knot and it seems she has also taken a small break from the big screen. 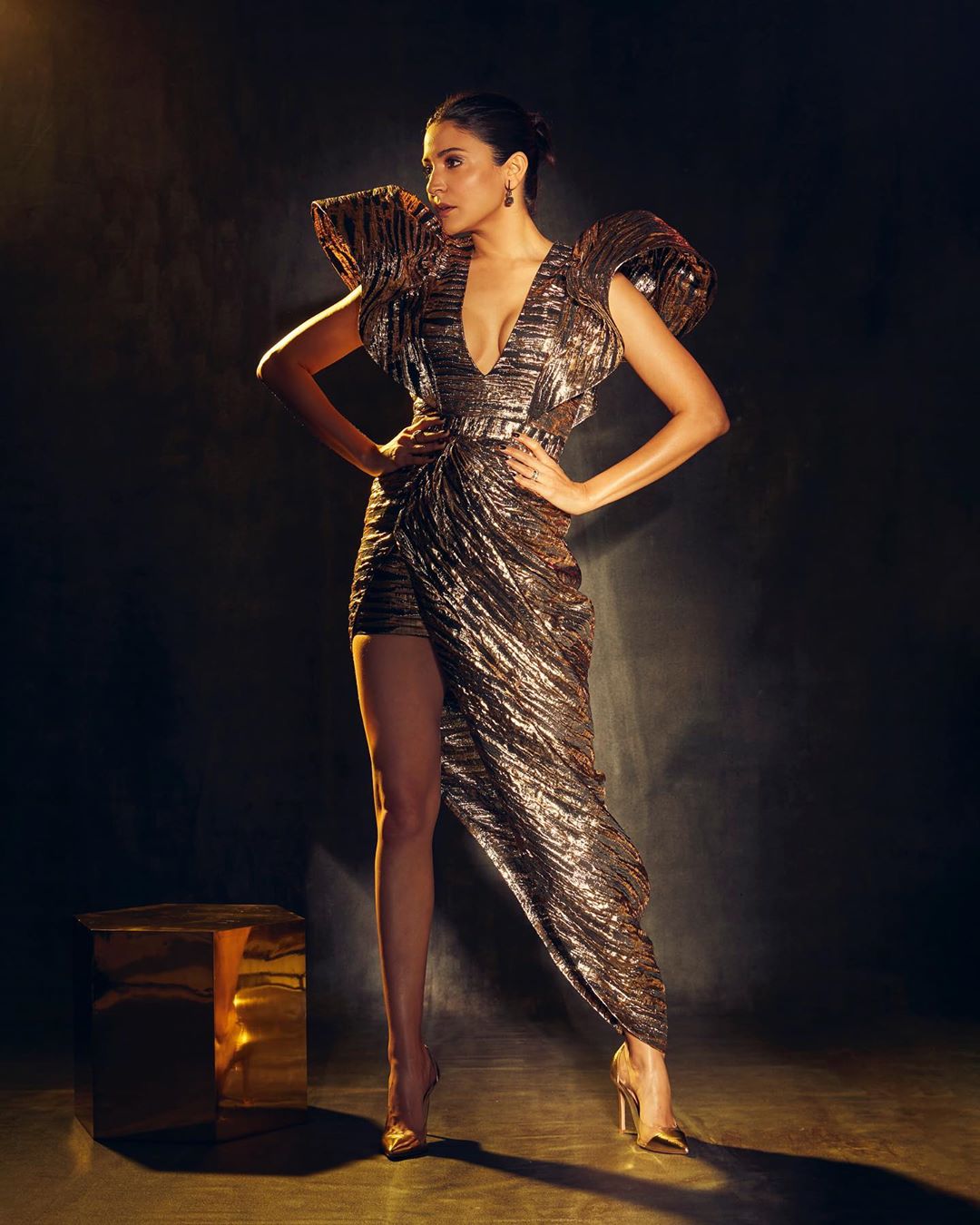 Anushka Sharma has also evolved, sartorially speaking. She often makes it to the list of best dressed women and has an edgy sense of style. The actress, who has recently been rather low key is an avid user of social media and often takes to Instagram to share glimpses of her life with her fans and followers. Just recently she took to the gram and shared a series of pictures of herself in a metallic dress and left jaws dropping. 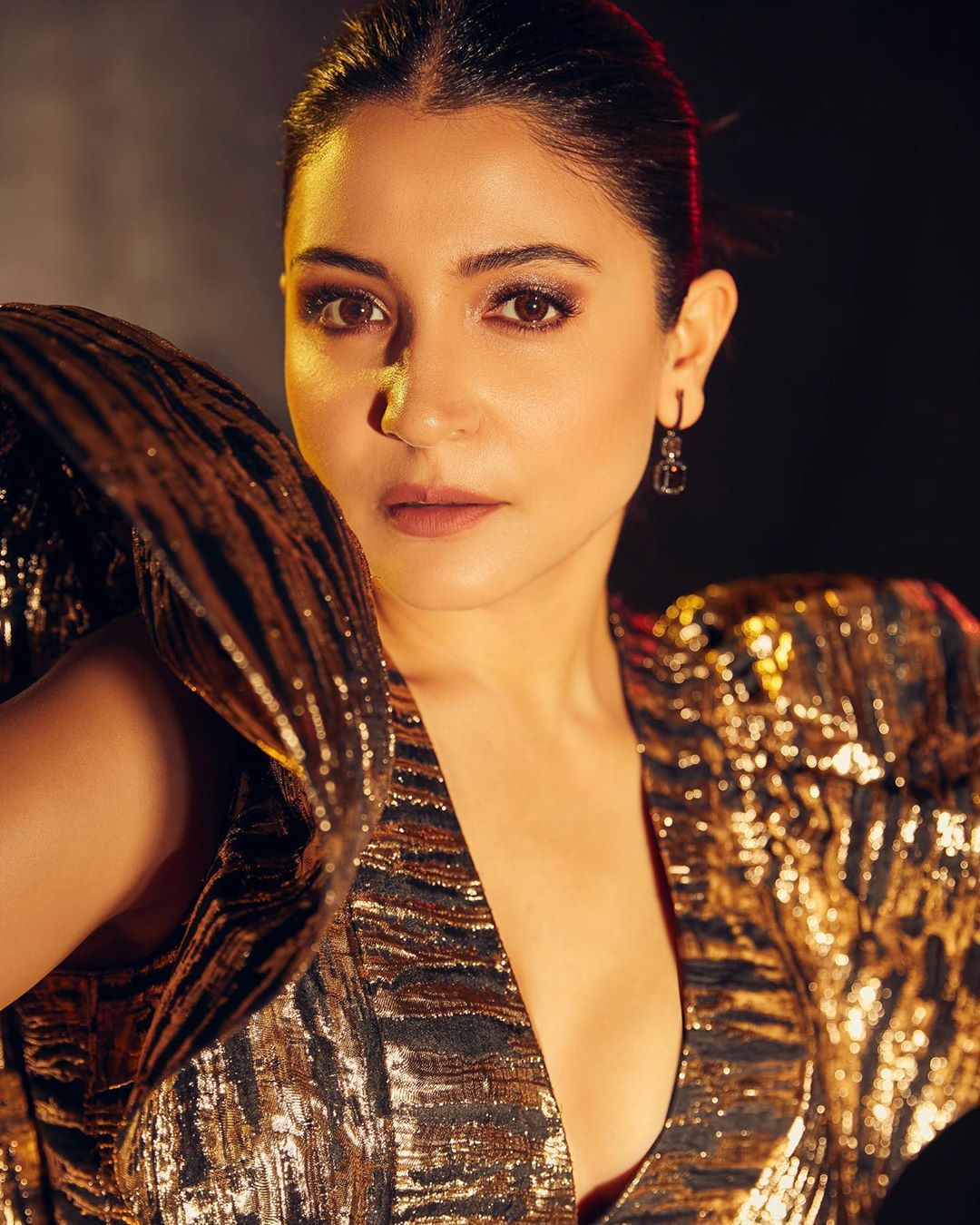 Anushka Sharma was clad in a metallic dress which featured a plunging neckline and statement sleeves. The dress was short on one side and long on the other and featured a wide belt that cinched at the waist. The dress was teamed with a pair of gold heels and rounded off with a pair of simple earrings and minimal makeup. The starlet had her hair tied back in a sleek bun and made a rather head-turning statement.
Meanwhile on the work front, Anushka Sharma is reportedly going to be portraying the role of an all-round cricketer and former captain of India national women’s cricket

Jhulan Goswami in her biopic. Reports also suggest that the shooting of the biopic is expected to commence soon. For those who don’t know, Jhulan Goswami announced her retirement from WT20Is in August 2018. Jhulan is known for both her batting and bowling (right-arm medium) capabilities.