South Korean juggernaut BTS, the world’s biggest band, is once again breaking records – not one or two but five of them with their newly released summer song of the year, ‘Butter’. The group is soaring high after a clean sweep at the Billboard Music Awards 2021 where they won all 4 categories they were nominated for: Top Selling Song, Top Duo/Group, Top Song Sales Artist, and Top Social Artist for their chart-topping single ‘Dynamite’. Now, with their second English single, they have broken four Guinness World Records and a group record. 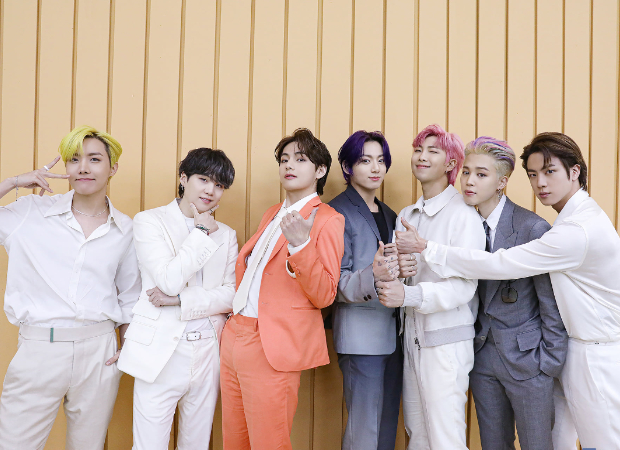 Their latest single ‘Butter’ is a dance-pop track that easily becomes listeners’ favorite earworm, with its distinctive baseline and crisp synth sounds. On May 25, Guinness World Records confirmed that the septet’s new single broke the record for the most viewers for the premiere of a video on YouTube with 3.9 million concurrent viewers for its premiere on 21 May 2021. The record was previously held by BTS themselves for their last single ‘Dynamite’, which had 3 million concurrent peak viewers.

After three YouTube records, BTS made their way to Spotify. ‘Butter’ garnered “11,042,335 global streams in just one day, breaking the record for the most streamed track on Spotify in the first 24 hours.”

Apart from the four records that BTS broke with ‘Butter’, Guinness World Records confirmed that “as of 27 April 2021, the music of BTS had been streamed 16.3 billion times on Spotify, breaking the record for the most-streamed act on Spotify (group).”

BTS now holds 23 world records making them one of the most powerful artists and groups in the music industry.

Twitter confirmed that the fans tweeted about ‘Butter’ over 31 million times worldwide on launch day, and more than 300 million Tweets in a month leading up to the single’s release. ‘Butter’ was released on May 21st at midnight ET, followed by a world premiere performance on May 23rd at 8 pm ET at the 2021 Billboard Music Awards (BBMAs).

The pop icons will maintain momentum with their appearance on The Late Show with Stephen Colbert on May 25 and the Good Morning America 2021 Summer Concert Series on May 28. BTS recently announced the online live-streaming event BTS 2021 MUSTER SOWOOZOO, held in celebration of the 8th anniversary of BTS and ARMY.