Kareena Kapoor is not just a household name in Bollywood, but she has also become a global icon. She has proved her mettle with her stellar acting skills in a myriad of films and is also recognized for her style savvy fashion choices and bold sartorial looks. Whenever Kareena Kapoor steps out, she leaves heads turning and despite not having a social media account of her own, her pictures often circulate on social media. She recently saw the release of her latest film, Good Newzz, which fared rather well at the box office.

The actress is also known to be versatile when it comes to all her looks and is never afraid to experiment. From her chic and casual airport looks, to her on trend and glamourous red carpet looks; Kareena Kapoor leaves no stone unturned when it comes to the art of dressing well. It’s very seldom that a best dressed list in Bollywood won’t feature Kareena Kapoor. The starlet is one of the best dressed actors in the industry and serves major style inspo on a regular basis. Each time she steps out, she leaves heads turning and there’s very rarely a time when she doesn’t look good in whatever she wears. And with that being said, we decode two fabulous looks from the week gone by. 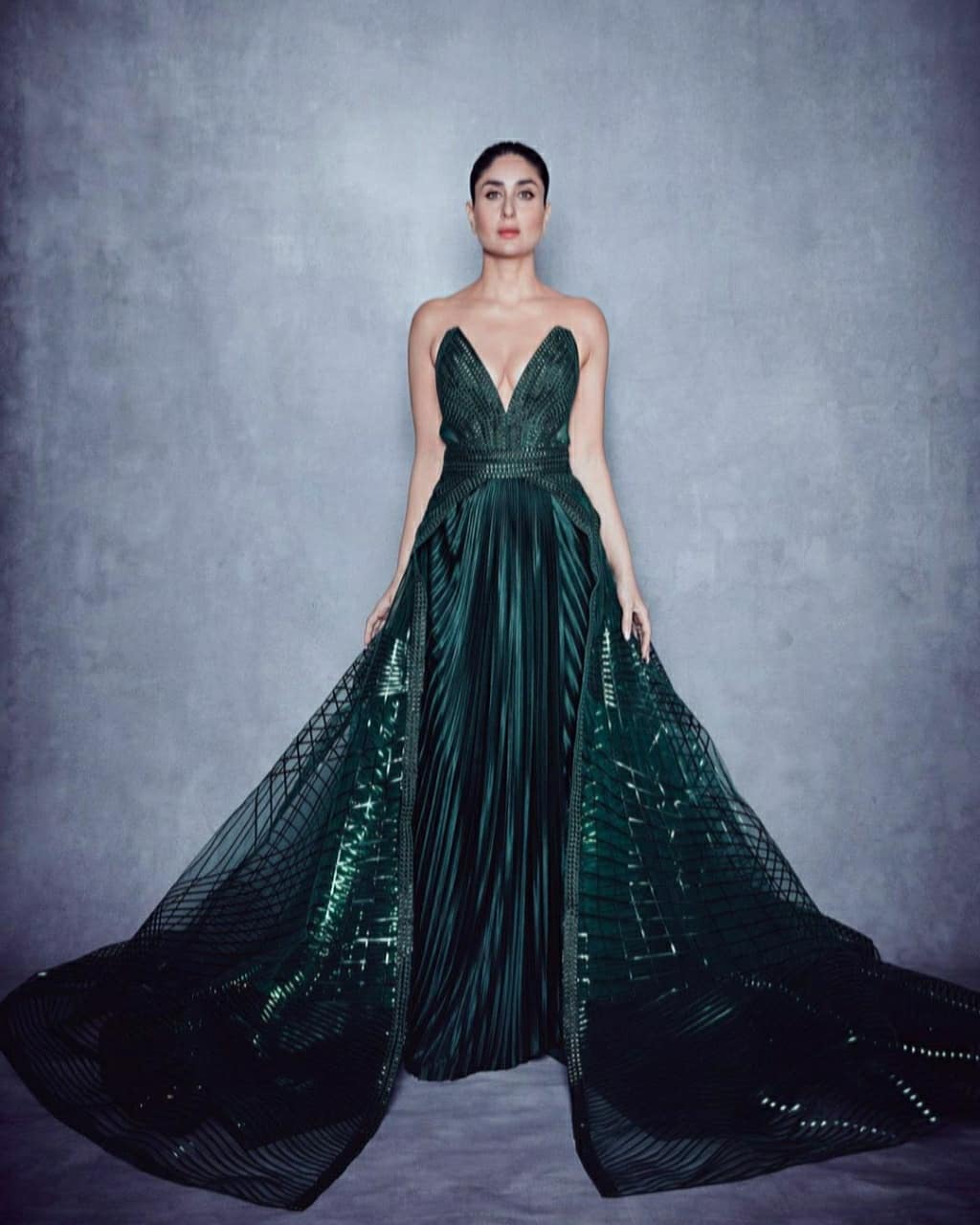 Kareena Kapoor is often the top pick for designers when it comes to choosing their showstopper and she recently walked the ramp for Amit Aggarwal at Lakme Fashion Week. Kareena Kapoor left heads turning and left us green with envy in the stunning floor length gown. The teal green dress featured a plunging neck line and was cinched at the waist with a thick belt. The dress was pleated at the front and featured a train on either side of her waist. 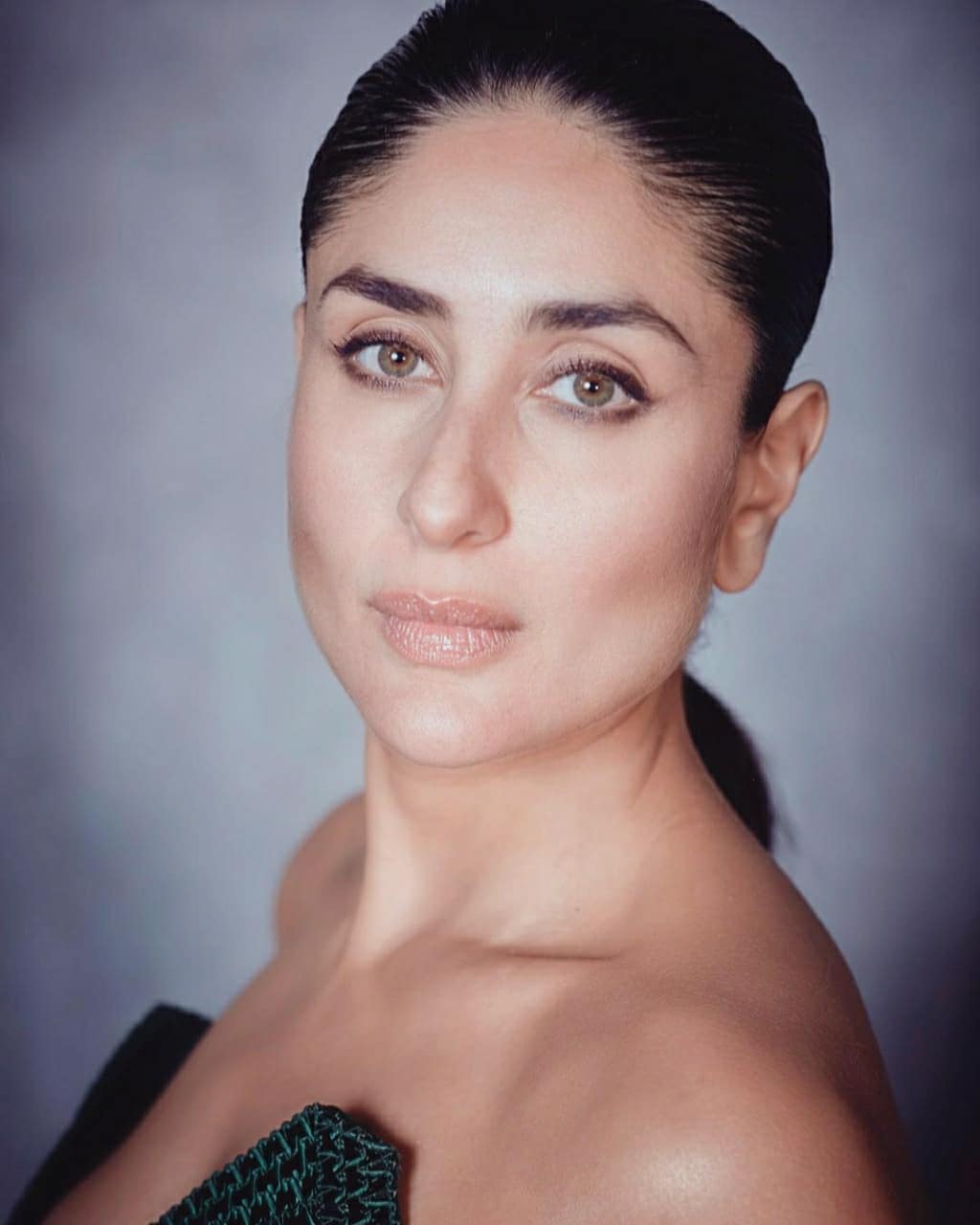 For her hair and makeup look, Kareena Kapoor opted for a quirky pulled back ponytail and minimal makeup look. She opted for winged liner and a subtle smokey look with an overall bronzed glow and a glossy nude lip. Sans accessories, we think Kareena Kapoor was a class apart in this look. 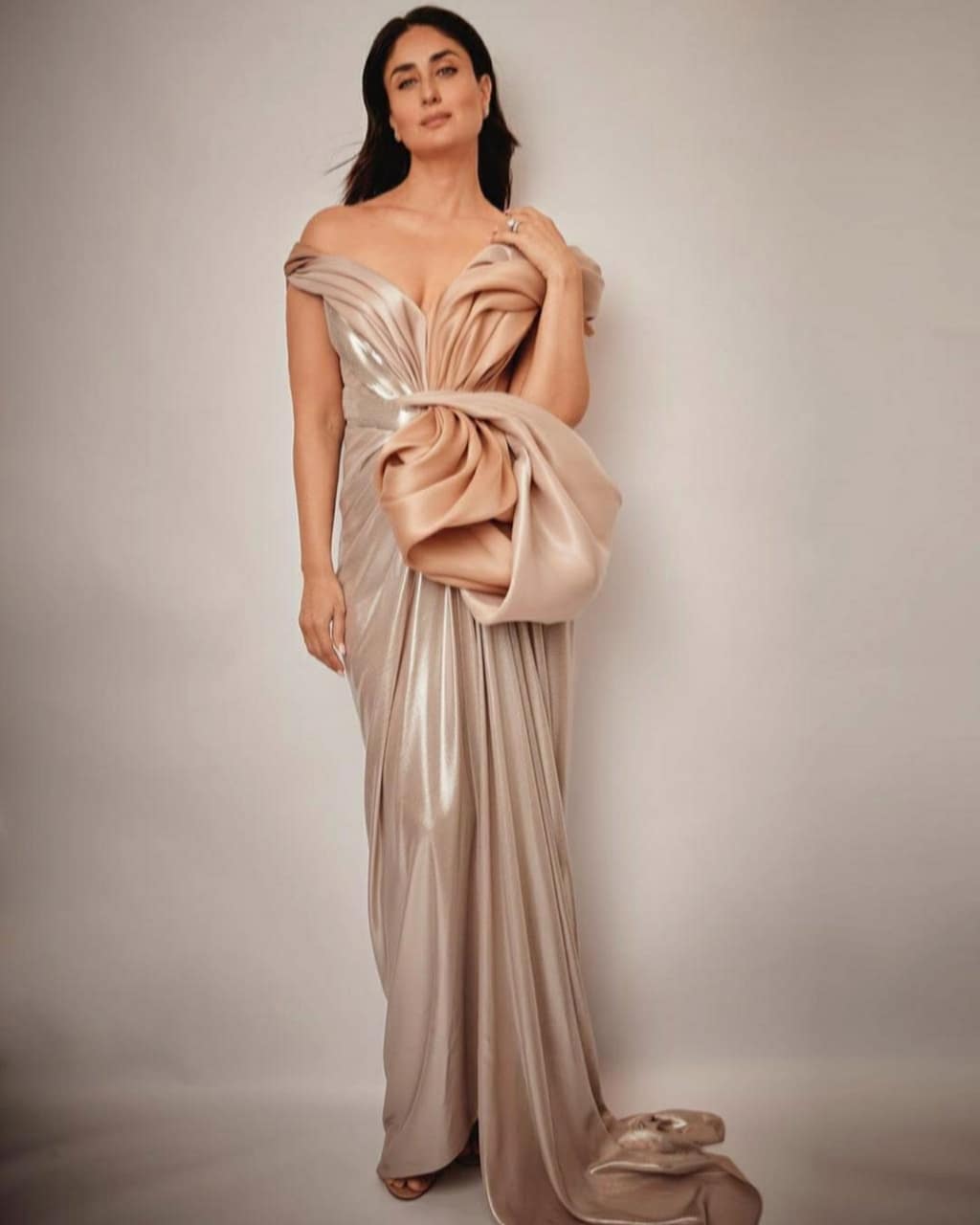 Prior to the ramp walk, Kareena Kapoor made an appearance for the Lakme Fashion Week media meet for which she was also clad in a chic Amit Aggarwal number. Styled by her go to celebrity stylist, Tanya Ghavri, Kareena Kapoor exuded grace in a metallic silver and peach number. The striking dress featured a long trail at the front as well as a plunging neck line and off shoulder sleeves. The focal point of the dress was the big bow-like feature which was on one side of her waist. 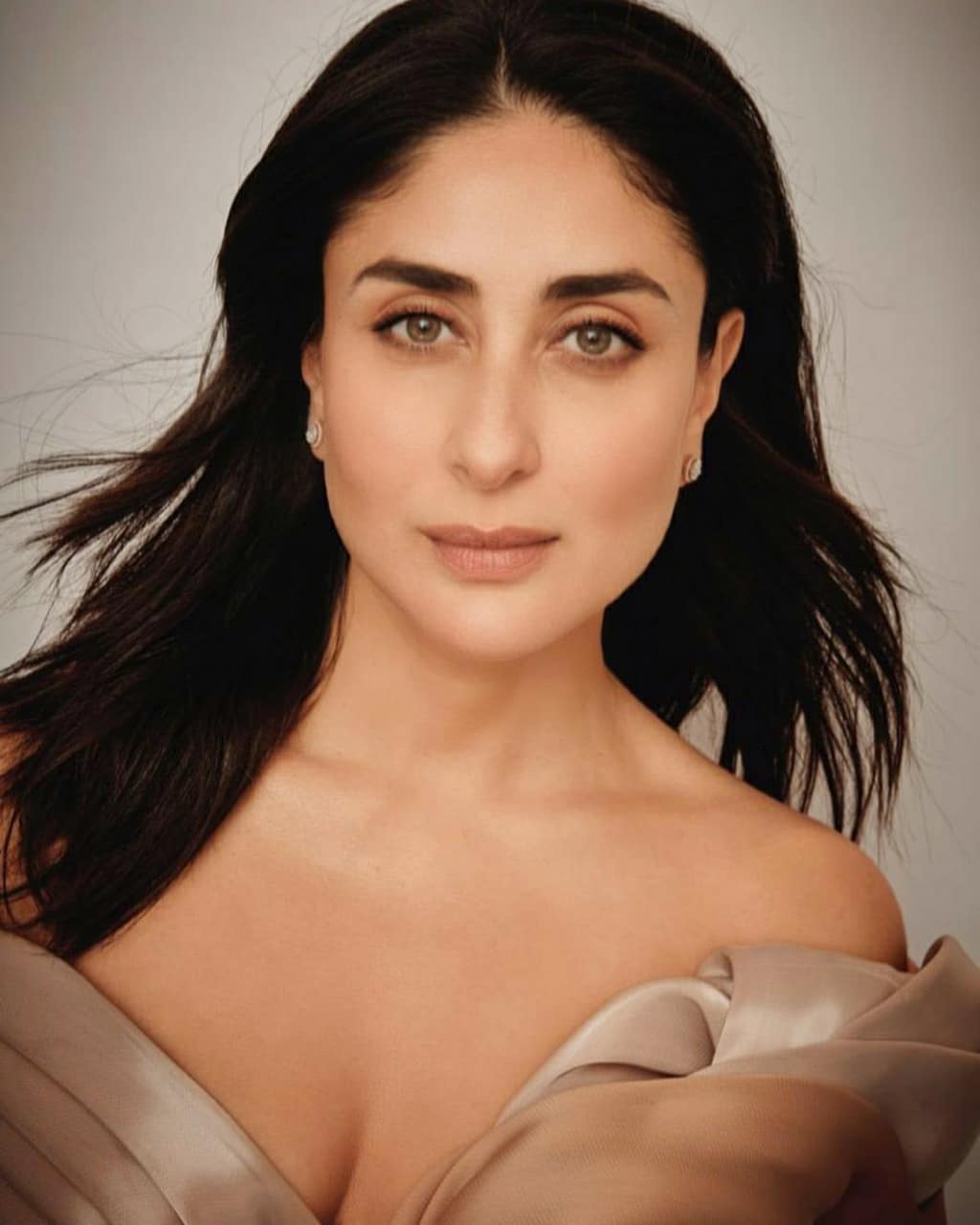 The hair and makeup look to accompany this dress was rather simple. Kareena Kapoor had her hair styled in a simple parted blowout with an even more natural makeup look. She opted for a simple eye liner look with a bronze glow, contoured cheeks and a nude pout. There’s never a look that Kareena Kapoor sports that doesn’t look good on her.

On the work front, Kareena Kapoor was recently seen in Karan Johar’s Good News alongside Akshay Kumar, Diljit Dosanjh and Kiara Advani in pivotal roles. The actress will also be seen in the upcoming film Angrezi Medium alongside Irrfan Khan. She will also be seen in Karan Johar’s period drama, Takht co-starring Ranveer Singh, Alia Bhatt, Janhvi Kapoor, Vicky Kaushal, Bhumi Pednekar and Anil Kapoor and fans can’t wait to see the starlet on the big screen once again.