Priyanka Chopra and Nick Jonas recently grabbed headlines when the actress dropped her surname from her Instagram account. It had led to the divorce rumours. Priyanka’s mother had denied the rumours. Later, Priyanka made headlines for pregnancy rumours. Her stint at the Jonas Brothers Family Roast had gone viral and shocked not just Nick but also the fans. And amidst all of this, Priyanka Chopra has shared a loved-up picture with American singer beau Nick Jonas and the caption is everything. In a way, she has yet again quashed the divorce rumours with the picture. Priyanka and Nick are celebrating Thanksgiving and their adorable cosy and the mushy picture will help fans heave a sigh of relief. “o much to be grateful for. Friends, family.. I love you @nickjonas happy thanksgiving to everyone celebrating,” she captioned the post. Check it out here: Also Read – Anushka Sharma shares happy sun-kissed pics, fans left impressed with Virat Kohli’s photography skills

Following a loved up picture with Nick, Priyanka also shared a collage of some polaroids of friends with whom she celebrated the festival. Priyanka and Nick celebrated thanksgiving with Franklin Jonas, Louise Bowden, Killian Donnelly, Akari, Natasha and Adar Poonawalla to name a few. Also Read – ‘Heartbroken’ Suhana Khan all set to return to Mannat; bids an emotional adieu to New York – view pic

She also shared a family picture with Franklin, Nick, their pooches Gino, Diana and Panda. She captioned the picture saying, “Family Time my heart.” Check out the picture here: Also Read – Sanjeeda Shaikh gets BRUTALLY TROLLED for her halter gown with a risqué neckline 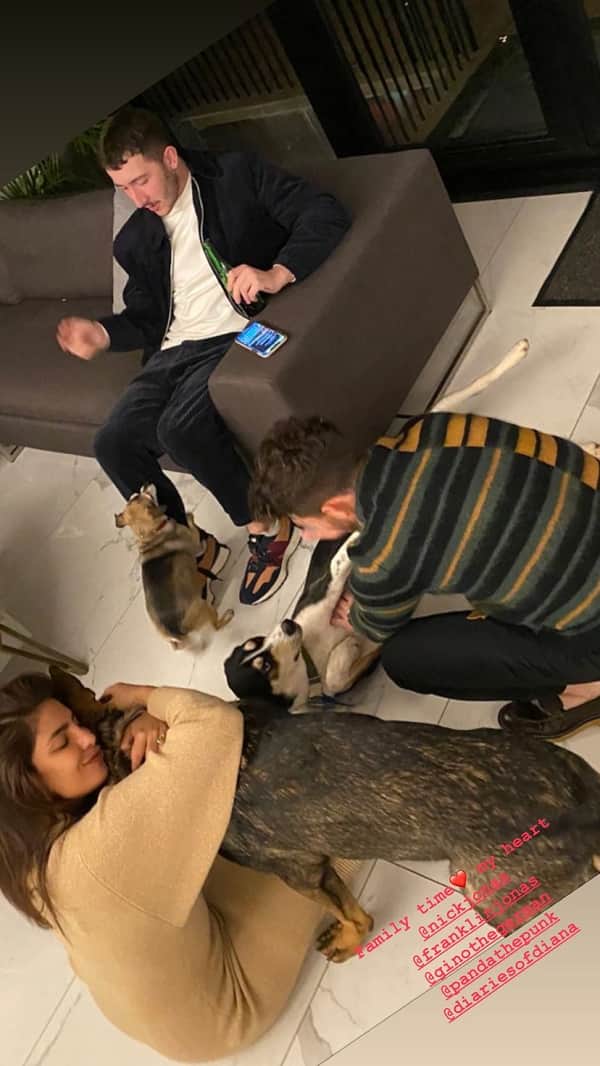 On the work front, Priyanka has Matrix 4, Citadel, A Text For You in the pipeline. She also has a Bollywood film Jee Le Zara with Katrina Kaif and Alia Bhatt.