The trend of music videos has become synonymous among Bigg Boss contestants. We have witnessed several pairs doing music videos once they step outside the house. Taking this legacy ahead, Television actor Rohan Mehra and Punjabi star Himanshi Khurana are all set for a music video. 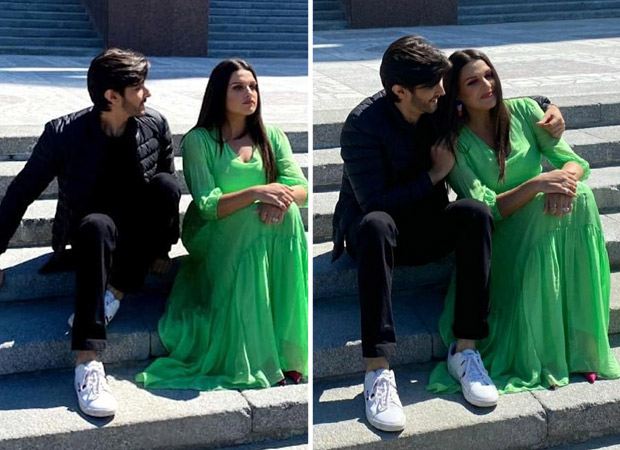 The duo is currently shooting in Russia and will be sharing the screen space for the first time. While talking to a tabloid, Rohan said that he is very excited about shooting with Himanshi Khurana as he would be seen in a new avatar which he would like to keep a secret for his fans until the song comes out.

The duo also took to their respective Instagram handles and shared their pictures from the sets and glimpses of their off time. Himanshi can be seen donning a pastel neon green look, while Rohan is sporting casuals in an all-black look.

He further said that his experience of shooting with Himanshi has also been very good as they have a lot of common topics to talk about especially Bigg Boss. As they both have been the contestants on that reality show in different seasons. Rohan participated in Season 10, while Himanshi appeared as a wild card entry in season 13. He also hopes of the audiences like their chemistry.