The most prestigious Dadasaheb Phalke Icon Awards Films 2021 were held in the city recently and TV celebs such as Harshad Chopda, Sharad Malhotra, Rohitashv Gour and others won big. Several celebrities graced the awards night that was held on 24th November 2021 at Mumbai’s Orchid Hotel. Let’s check out the winners here: Also Read – Anupamaa, Ghum Hai Kisikey Pyaar Meiin, Imlie and more — A look at the most dhamakedaar upcoming twists of your fave TV shows

Yeh Rishta Kya Kehlata Hai‘s Dr Abhimanyu Birla aka Harshad Chopda won big alongside his leading ladies, Pranali Rathod and Karishma Sawant. Harshad had shared a picture on his Instagram stories. He captioned the post saying, “When I feel appreciated, I try to do more than what is expected. P.S. recognition is a need few can resist and even fewer can do without. Thank you for all the love.” Check out the picture below: Also Read – Anupamaa big twist: Makers planning to give Rupali Ganguly a makeover in the show? Pictures of her in pink traditional wear go viral 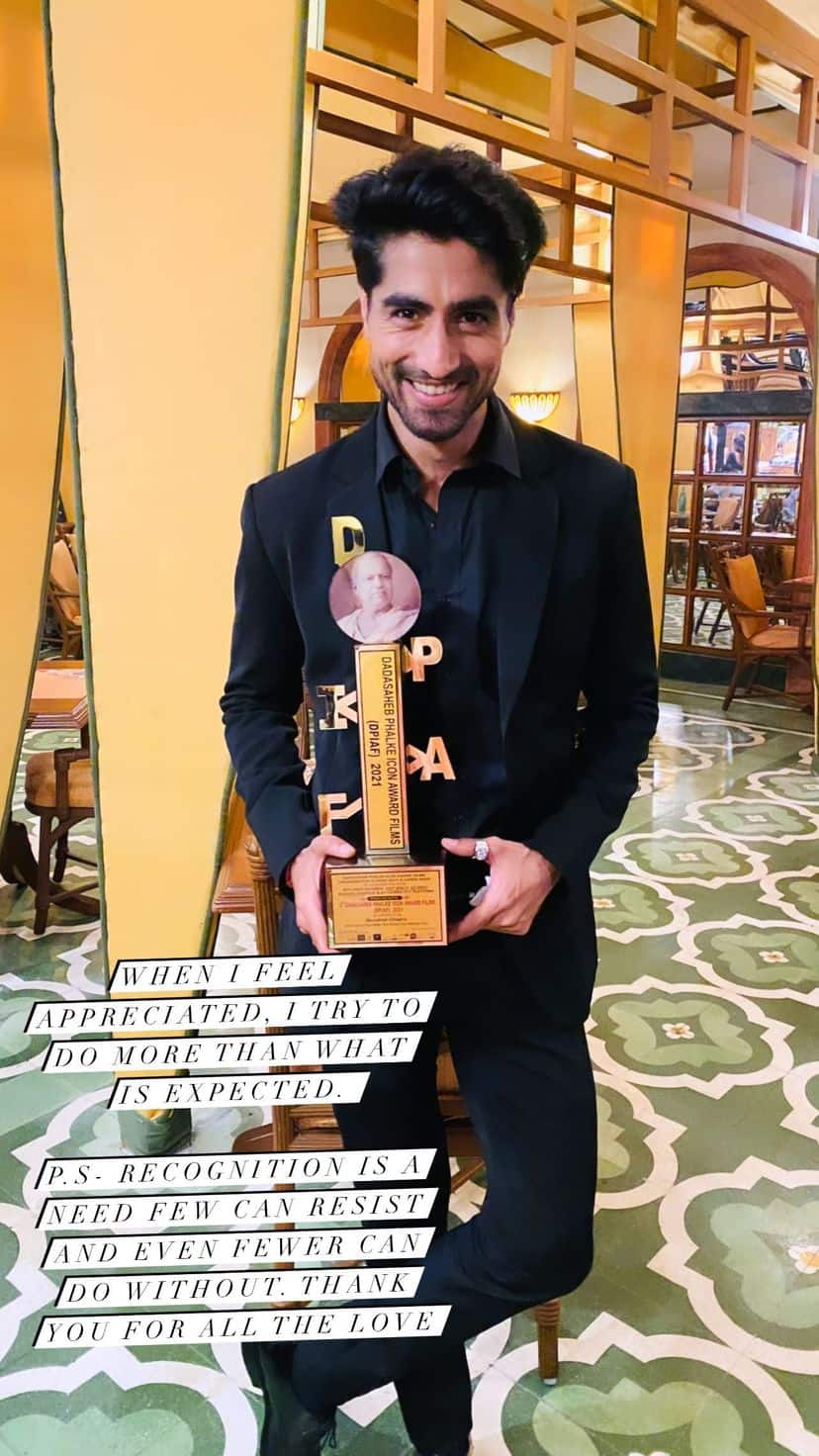 Pranali Rathod won Best icon Face Female 2021. Pranali plays Akshara in Yeh Rishta Kya Kehlata Hai and her character is already getting loads of love. She shared the post after her win. “BEST ICON FACE FEMALE 2021. Extremely overwhelmed to share my first ever award with y’all. This was impossible without all your love & support #grateful #akshara #yehrishtakyakehlatahai,” the post read. Check it out here:

Karishma Sawant aka Aarohi Geonka of Yeh Rishta Kya Kehlata Hai Best Fresh Face Debut at the Dadasaheb Phalke Icon Awards Films 2021. She penned a heartfelt note on receiving her first-ever award. “I couldn’t wait any longer from sharing my first ever award with you all ( Best Fresh Face Debut 2021 #yrkkh )
This is one of the most memorable days of my life,” the actress’ caption read.

Congratulations to all the winners.