Junglee Pictures, who have made genre-defining films like Badhaai Ho, Bareilly Ki Barfi, Talvar, and Raazi, is all set to bring to screen a riveting tale, an untold story inspired by true events. Junglee Pictures has acquired the life rights in all languages of Jeevajothi Santhakumar, for literary and audio-video content and is currently in the process of putting together a script inspired by her life and an incident around her life involving a restaurant mogul who was accused of a crime that shocked the nation resulting in a conviction – P.Rajagopal V. State of Tamil Nadu. 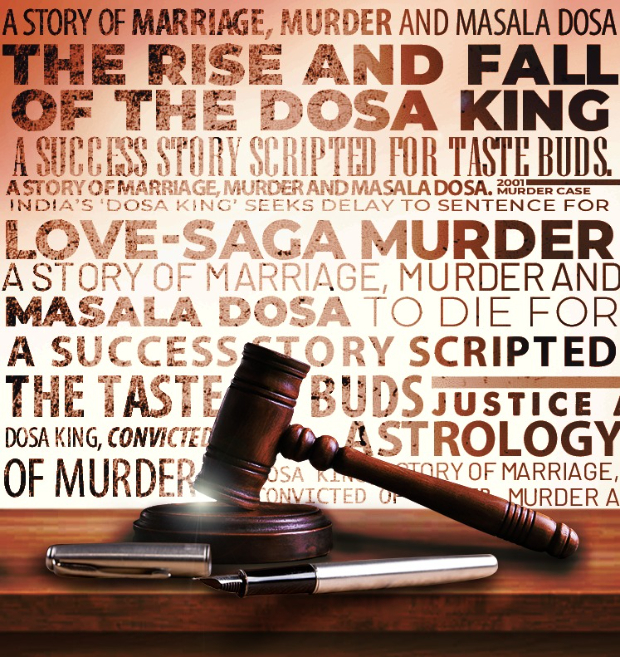 The film will trace the making of the rags-to-riches businessman, a connoisseur of food, who founded the biggest south Indian food chain that has over 100 outlets across 28 countries. Also, a family man who was worshipped for his huge-hearted generosity by not only his employees but also by the diners who loved the no-fuss, high-quality South Indian fare served in his restaurants in India and across the globe. It will also delve into how his pursuit of the unwilling Jeevajothi – less than half his age at the time and the events that followed which led to him being accused of the murder of Jeevajothi’s husband Prince Santhakumar and eventually being convicted of the crime by the Hon’ble Supreme Court.

We spoke to Jeevajothi Santhakumar who is looking forward to sharing her story with the world. She shares, “I am overwhelmed and elated by Junglee Pictures’ decision to make a feature film about my legal and emotional battle with this affluent hotelier, a struggle that went on for 18 years. I am confident that seeing this story on the big screen will bring about a drastic change in the status quo of patriarchy.”

Junglee Pictures has signed on renowned screenwriter Bhavani Iyer to pen this one. After the blockbuster Raazi, this is Junglee Pictures’ second collaboration with her.

She shares, “When Junglee Pictures reached out to me to tell this story inspired by real events, I was immediately struck by how an aspirational story can quickly turn into a cautionary tale. Just one moment in your life and your response to it can define you either as a survivor or a victim. Jeevajothi fought a long battle against an incredibly powerful person and has survived to tell the tale. The fact that she has made something special out of her life is a testament to what she is truly made of, and an inspiration to me as a woman first, then as a writer. So in our story, one character is a true survivor, while the other is a classic example of what power and delusion can lead to. Writing this is a fabulous challenge and I am so excited to get started.”

The makers will soon announce talent on board for this project. A spokesperson from Junglee shares, “We are looking forward to bring this extraordinary tale to screen. This case was covered nationwide and even internationally, for close to two decades until it finally culminated in a landmark Supreme Court judgment in 2019. It is a story of ambition that got a man out of a poverty-struck village in Tamil Nadu to dizzying heights of global success followed by a series of shocking events and of Jeevajothi’s timelessly inspiring courage as she struggled for 18-years in the face of stupendous odds and continued to have faith in the Indian courts to deliver justice. This is a story that must be told, and we cannot wait to tell it.”