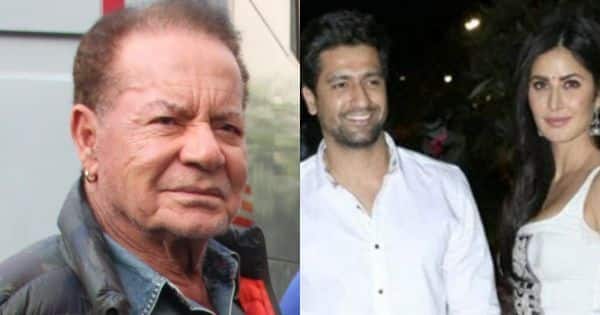 The wedding rumours of Vicky Kaushal and Katrina Kaif do not seem to be fizzling out any time soon. In fact, they seem to be vigorously fanned with each passing day. The latest reports circulating about the couple’s nuptials are that they might finally tie the knot some time next month, December at the Six Senses Fort Barwara, a resort in Sawai Madhopur, Rajasthan. Well, with the speculation gaining traction day by day, a lot of other rumours are spreading about Katrina Kaif and Vicky Kaushal’s nuptials, especially when it comes to the guest list, and particularly, who’s not a part of it. Also Read – Katrina Kaif-Vicky Kaushal wedding: Special henna from Rajasthan worth Rs 1 lakh for the bride’s mehendi ceremony

Most of all, there’s been plenty of chatter both in the media and on social media about the one’s who’ll apparently be missing from the guest, with Katrina Kaif’s ex, Salman Khan, and his family’s name, being the most prominent ones who’ll probably be giving Kat and Vicky Kaushal’s marriage a skip. Several reason have been speculated with the most common one being that the exes don’t want the spotlight on them during the wedding. However, nobody among the concerned parties have been quoted on it, till now. Also Read – Sorry fans, NO pictures or videos from Katrina Kaif-Vicky Kaushal’s wedding; VicKat to follow DeepVeer and Virushka

Dainik Bhaskar got in touch with Salman Khan’s father, Bollywood’s preeminent screenwriter, the legendary Salim Khan, for a quote on VicKat’s wedding and whether anybody from his family would be attending it, to which he simply replied by asking what he should talk about it and that the only issues left these days are the ones the media talks about. Also Read – Throwback Thursday: When Katrina Kaif cried to Salman Khan and said, ‘My whole career is destroyed’ after John Abraham replaced her in a film