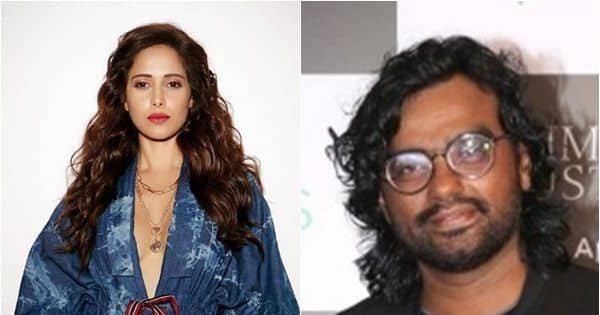 Director Vishal Furia is all set to retell the story of his Marathi horror hit Lapachappi in its Hindi remake Chhori starring Nushrratt Bharuccha in the lead. Lapachappi had caught people’s attention with its take on horror as it told the story of age-old societal beliefs and practices that give rise to tales of pure terror. As Chhori is all set to release on Amazon Prime Video on November 26, Vishal revealed how Nushrratt had left him worried and wondering whether she was serious about doing the film during its pre-production phase. Also Read – EXCLUSIVE: Dream girl fame Nushrratt Bharuccha and director Vishal Furia on upcoming release ‘Chhori’, Nushrratt reveals she believes in spirits

“I will tell you what happened, because of the Covid-19 time, she had a lot of pending shoots of her other projects and that was clashing with our prep time or pre-production time. So that was a little part of concern in the very beginning of the process. And that is where I was little worried that ‘is she serious?’, ‘does she knows what she is getting into?’ because I had not met her for a very long time because of the pandemic situation,” Vishal told Bollywood Life during a candid interaction when he was asked about the issues he faced when Nushrratt was initially not present on the sets. Also Read – Chhalaang actress Nushrratt Bharuccha turns nostalgic as she shares some HAWT throwback swimwear pics

“But then when I met her and started talking and reading the script, my worry was gone, because I was like now she’s here and committed herself to the character and will do a fabulous job. And her confidence grew throughout the whole filming process. So it was amazing,” he added. Also Read – Nushrratt Bharuccha’s printed co-ord set is pretty for any festive occasion – view pics

Vishal said that Nushrratt was the first and only choice for Chhori. He also praised Nushrratt for her dedication and hunger to prove herself that had given much more to the film that he had expected from her.

“She’s great. I think she has given much more than what I expected of her. She has really endured pain to understand the character, to understand the emotions of a mother, to experience all the hardships that the character goes through in the film. She has run barefoot in the field multiple times, she has worn that prosthetic belly which was quite heavy and done everything that she could with that belly. She took the belly home 25 days before the shoot and she would wear it so that she get used to it. So she has really given it everything and done a fabulous task. She has emerged as an amazing performer and the audience will only discover her true potential through Chhori,” he said.

Talking about how Nushrratt came onboard, Vishal told us, “Nushrratt was our first and only choice. I had met her 3-4 years ago with regards to another project, but that did not materialised. And then when we met again for Chhori, I think we just aligned on many many things. Earlier also when we had spoken, I was attracted to the fact that she was looking to prove herself very strongly. Single-mindedly she wanted to do something different and that was the same space where I was while experimenting with horror genre. And when I started casting for Chhori, Nushrratt was the name that was at the back of my mind and thankfully Vikram Malhotra and other producers also came up with her name. So when we approached her, she agreed to do the film and there was no looking back.”

Produced by Vikram Malhotra under his banner Abundantia Entertainment, Chhori sees Nushrratt playing a pregnant woman and going lengths for her child.