Readers would recall that multiplex owners in Gujarat had requested police protection owing to the massive controversy that followed the release of the song ‘Besharam Rang’ from Pathaan. Many Hindu faction groups raised objection over the visual content of the romantic dance number, picturized on Shah Rukh Khan and Deepika Padukone. However, with the film only being a day away from its release, the Vishva Hindu Parishad (VHP) and other groups have asserted that they wouldn’t protest against the release after CBFC made modifications to the said track from the film. 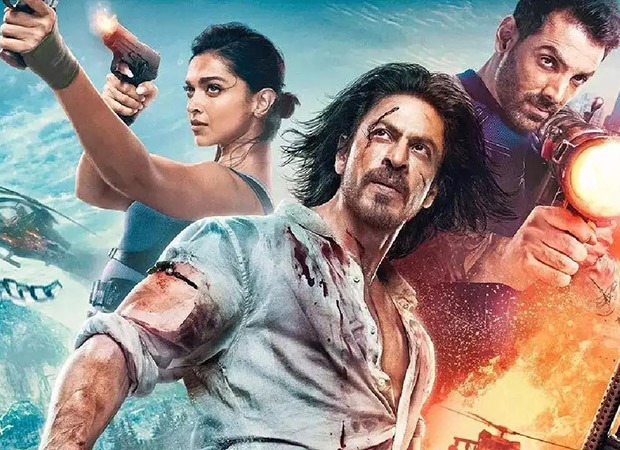 In a recent statement released by the Gujarat VHP secretary Ashok Raval, he has congratulated the team of Bajrang Dal, further adding about how their protests prompted the Censor Board to revise the song and eliminate the obscenity and lewd words from the film. He explained as to how the CBFC modified its certification and has added over 40 changes in the film including the song ‘Besharam Rang’. He also mentioned that the decision comes as a success to the struggle that aims at protecting the religion and culture of Hinduism. In the same breath, he continued that while the struggle will continue, they have withdrawn the protest and has now left the choice to watch the film on the audiences.

This definitely comes as a relief to Yash Raj Films since the film hits the big screen tomorrow. Pathaan marks the comeback of Shah Rukh Khan on the big screen after four years and features Deepika Padukone in the role of a spy too. It has John Abraham essaying the role of antagonist and is directed by Siddharth Anand. The action entertainer will release on January 25 in Hindi, Tamil, and Telugu, worldwide.

Also Read:#AskSRK: Pathaan star Shah Rukh Khan says it feels like ‘balancing act’ on the edge of his balcony whenever he greets the fans