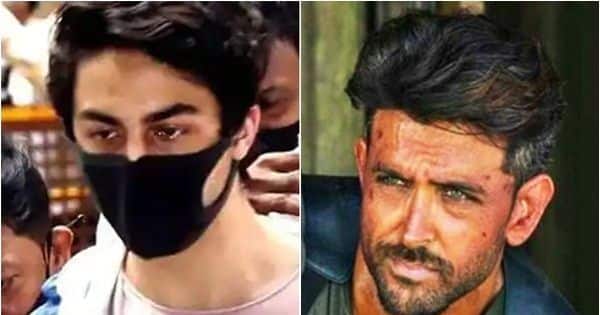 It was reported that ever since Shah Rukh Khan and Gauri Khan‘s son Aryan Khan walked out of the Arthur Road Central Jail (ARCJ) after a 29-day long vigil in the drugs case, the 23-year-old had become quieter and shows no interest in going out or meeting his friends. And it looks like Gauri Khan has reportedly hired a life coach Arfeen Khan to help Aryan overcome his traumatic phase. Also Read – MOST expensive gifts that Aryan Khan, Taimur, Aaradhya Bachchan and other star kids have received from their parents

According to a report in TOI, Arfeen Khan is quite popular among Bollywood celebrities. He is also the one who has helped Hrithik Roshan after he went through a divorce with his ex wife Sussanne Khan. The coach helped him bring positive change and transformed his life with his efforts. Aryan will now receive some life lessons to put his past behind him and move on in life. Also Read – WHAT? Shah Rukh Khan, Gauri whip up a strict routine for Aryan Khan? [Exclusive]

It is a known fact that Aryan Khan is an introverted person. He does not talk much. After this incident, he has become even more reserved. Close friends of the Khan family have said that the trauma has left Aryan scarred and he has got into a shell. Also Read – Aryan Khan drugs case: Shah Rukh Khan planning legal action against Sameer Wankhede?

After his arrest, Hrithik had extended his support to Aryan and penned a heart-warming note. “My dear Aryan, Life is a strange ride . It’s great because it’s uncertain. It’s great cause it throws you curve balls, but God is kind. He gives only the toughest ones the toughest balls to play,” he had written while sharing a picture of Aryan in the post.

He had added, “Allow yourself to burn, but just enough…Mistakes, failings, victories, success… they’r all the same if you know which parts to keep with you and which parts to throw away from the experience. I’ve known you as a kid and I’ve known you as a man. Own it. Own everything you experience. They’r your gifts. Trust me. In time when you connect the dots… I promise you, it’s gonna make sense.”

Meanwhile, the Bombay High Court has ruled that there was “no prima facie evidence” against Aryan Khan and co-accused Munmun Dhamecha and Arbaaz Merchant for charges pertaining to ‘conspiracy’ and ‘common intent’ in the case lodged against after the cruise ship raids.

The court said that merely because the accused trio was travelling on the cruise cannot be grounds to invoke the offence under Section 29 (criminal conspiracy) against them. He further said that no drugs were found on Khan, while the quantity recovered from Dhamecha and Merchant were ‘small’ under the NDPS Act.