Sachet and Parampara Tandon have surely been creating a stir in the lockdown. Right from composing soulful music to crooning to superhit songs, the two have kept their fans entertained throughout. 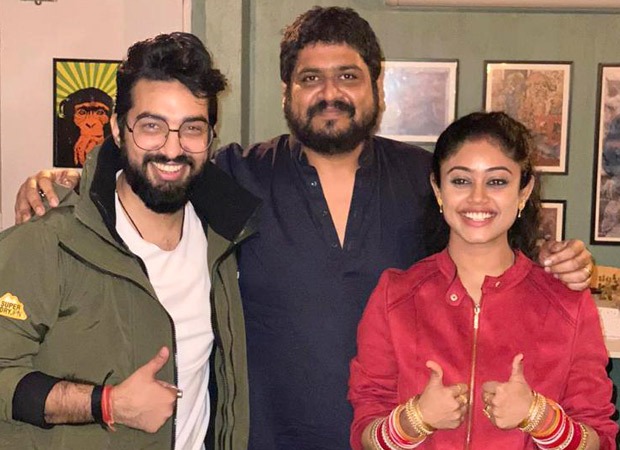 If you’re one who uses Instagram, you would surely have seen the sensational duo’s music videos garnering millions of views from their fans and the audience. The young music composers have also catapulted into the ‘million followers’ league on Instagram purely based on their astounding talent and winning several hearts as they go along!

With superhit song reels such as Meera Ke Prabhu and Shiv Tandav Strotam X Har Har Shiv Shankar, the smashing singers have created a much-coveted niche in the space of devotional music, making it healing for the audience to listen to during these stressful times. So what’s in store for all the Sachet-Parampara fans now? Word has it that the duo is currently brainstorming on their upcoming project, the exciting music album of the film Adipurush! The duo is on board to compose the music for the film and it leaves us waiting with bated breath on a sneak peek of the Adipurush album! Incidentally, this will be the second time they are working on a film with the superstar Prabhas, after the hit film Saaho.

Amazing content, soulful and healing music, and unparalleled talent, Sachet & Parampara surely have us all in a tizzy wondering what’s in store with their next, the Adipurush album.

Mounted on a mammoth scale, Adipurush is undoubtedly one of the biggest Indian films being planned in the coming year. Not just in terms of star power and stature, the movie’s makers are also attempting new technology with this project that will give audiences a never-seen-before experience. The film will have Prabhas and Kriti Sanon playing the role of Ram and Sita respectively, with Saif Ali Khan being the antagonist as Lankesh.

The film is currently on the floors and is being readied for a huge release next year.