Known for his power packed roles, action hero Tiger Shroff was brought on board by filmmaker Jagan Shakti for his next, which is expected to be an action thriller. Recent reports suggest that actress Sara Ali Khan has been roped in as the leading lady for this venture and she will be joining the team soon to kick off work on it. Produced by Jackky Bhagnani, the film is expected to be a quintessential commercial potboiler as Tiger becomes the man fighting all odds to ensure that the good wins over evil. 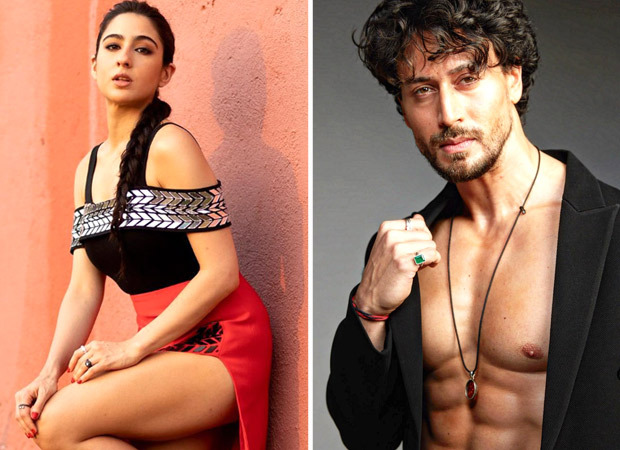 As per reports in Pinkvilla, with Sara Ali Khan joining the cast, the makers are thrilled because they were keen on bringing a new onscreen pairing on board. While Sara has acted with heroes like the late Sushant Singh Rajput, Kartik Aaryan, Varun Dhawan, Ranveer Singh, in the past, the actress will be paired opposite Tiger for the first time in a film. Furthermore, reports also have it that the film is expected to go on floors on December 10 and will be shot across India as well as Europe.

The mission-based film is said to be currently in the pre-production stage. These reports stated that producer Jackky Bhagnani and Jagan Shakti are working towards making a big budget action thriller with some powerful adrenaline pumping stunts in the film and never-seen-before sequences. While the makers are in search for the actor who will essay the role of antagonist, an official announcement of the casting is expected to be made in next few days. Produced under the banner Pooja Entertainment, the film is said to be having a theatrical release.

Coming to other projects, Tiger Shroff has Ganapath with Kriti Sanon, Bade Miyan Chote Miyan with Akshay Kumar in the pipeline whereas Sara Ali Khan has Gaslight with Vikrant Massey and Laxman Utekar’s next with Vicky Kaushal in her kitty.