Superstar Shah Rukh Khan’s son Aryan Khan was arrested in connection to drugs seized on a cruise by the Narcotics Control Bureau earlier this month. It’s been a few weeks since he was arrested along with several others. On October 20, the special NDPS court rejected Aryan Khan’s bail plea following which he reached High Court to file a bail application. On October 21, Shah Rukh Khan made his first visit to Arthur Road Jail to visit his son. 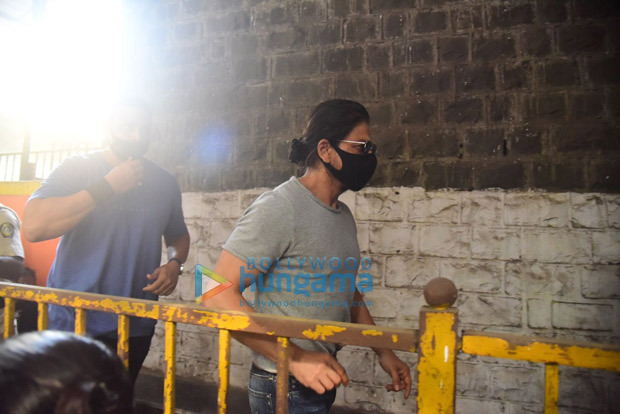 The superstar and his wife Gauri Khan had spoken on a video call with Aryan Khan, last week. The 23-year-old has been in contact with SRK’s manager, Pooja Dadlani, and the legal team during the court proceedings. On Thursday morning, SRK visit his son for the first time since his arrest on October 3.

According to NDTV, the Maharashtra government, a day ago, “eased jail visit rules amid the COVID-19 pandemic. Earlier, no outsider was allowed to meet inmates in jail. The rules now say two family members can meet an inmate.” 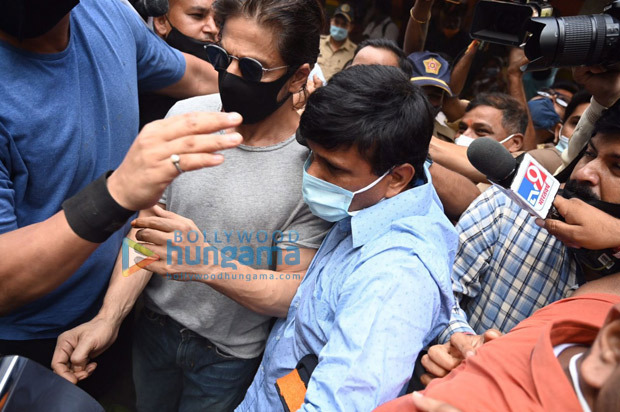 According to reports in India Today, the NCB has received chats between an upcoming actress and Aryan Khan. The two were allegedly discussing drugs during the Mumbai cruise party on October 2 after which the NCB conducted a raid on the ship. The NCB had handed over the chat evidence to the court during the previous hearing held on October 14. The agency has also handed over Aryan’s chats with some drug peddlers to the court.

NCB had seized 13 grams of cocaine, 5 grams of MD (mephedrone), 21 grams of charas (small quantity), 22 pills of MDMA (ecstasy) (intermediate quantity), and Rs 1,33,000 at International Cruise Terminal, Mumbai. However, they had said in the court that no drugs were found on Aryan Khan but they discovered a small quantity of contrabands on the co-accused.