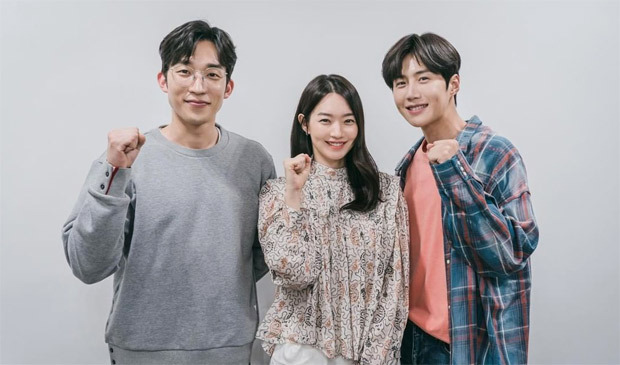 Sharing some pictures from the script reading session, the announcement read, “Opposites-attract rom-com HOMETOWN CHA-CHA-CHA is coming to Netflix!”

Shin Min Ah will essay the role of a dentist Yoon Hye Jin, who is all about beauty and brains. Her character is bold and lovable but clumsy as well. Soaring high on Start-Up series success, Kim Seon Ho takes the lead role of Hong Doo Shik who is unemployed but an expert at odd jobs and helps everyone around him in the town. Lee Sang Yi plays Ji Sung Hyun, a top variety show producing director.

ALSO READ: Kim Seon-ho to have a cameo in Im Siwan and Shin Se-kyung’s Korean drama Run On