Amidst a lot of buzz surrounding Drishyam 2 owing to its plotline, the team of the film had planned a special screening for family and close ones. It was attended by the entire cast including leading man Ajay Devgn and his real-life wife Kajol, and leading lady Shriya Saran with her husband Andrei Koscheev. During their appearance, the couple kissed in front of the paparazzi but it seems that their display of love did not go down well with some audiences on social media. The actress got trolled by many but taking it in her stride, she had the perfect response to them. 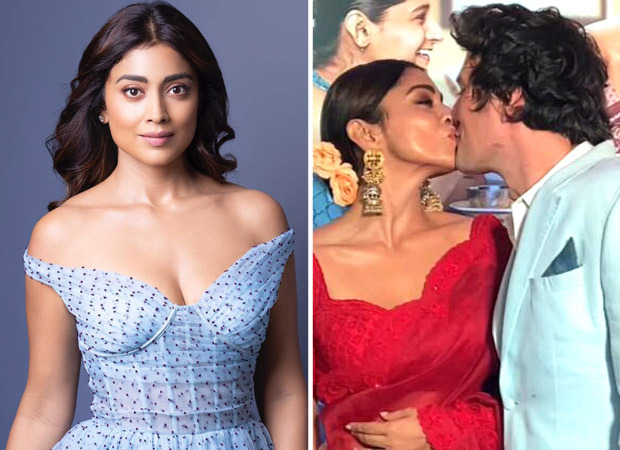 Shriya Saran responds to trolls that called her out for kissing her husband in public; says, “Andrei thinks that it’s normal to kiss me during my special moment”

A video featuring Shriya Saran and her husband Andrei Koscheev from the red carpet of the special screening of Drishyam 2 garnered a lot of attention. The video featured the married couple kissing each other and some trolls on the platform dropped in some nasty comments about their PDA. One troll said, “This is not necessary to be done in public.” Yet another one added, “They always keep kissing each other at every public appearance.” A few others quizzed if they could restrict the PDA in their houses. ”Don’t they have a house,” quizzed one of them. “Please don’t kiss publicly. Go home and do whatever you want,” continued another.

Responding to these comments, Shriya Saran recently did an interview with News18 where she said, “It’s kind of funny! Andrei thinks that it’s normal to kiss me during my special moment and I think it’s beautiful. He doesn’t understand why we would be trolled for something so natural.” “But it is okay, it is fine! I don’t read bad comments or react to them. It’s their (trolls) job to write and my job is to avoid them. I only do what I’ve to do,” she added with a smile.

Shriya Saran had a great 2022. While her Pan India film RRR turned out to be a record breaking success across the world, her recent release Drishyam 2 is also garnering an immense response at the box office.