Taapsee Pannu starring Blurr announced the premiere of its direct to digital movie. Produced by Zee Studios, Echelon Productions Outsider Films, the film is a psychological thriller starring Taapsee Pannu and Gulshan Devaiah. Directed by Ajay Bahl, the movie will premiere exclusively on ZEE5 in Hindi. 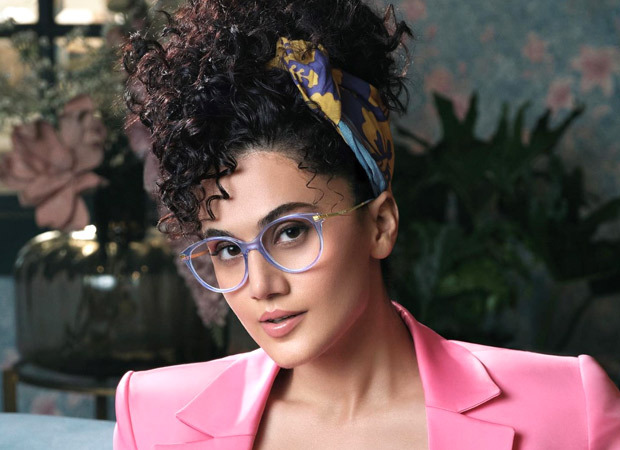 Written by Ajay Bahl & Pawan Sony, Blurr is the story centred around a woman and follows her struggles and how she fights back overcoming her ordeal. This visually distinctive film revolves around Gayatri played by Taapsee Pannu who is slowly losing her sight whilst trying to investigate the death of her twin sister. Taapsee Pannu’s never seen before avatar and the plot twists will keep you hooked in shocking ways.

Producer and actor Taapsee Pannu said, “Thrillers form an important part of my filmography and Blurr was one such a script that kept me on the edge with its screenplay and the situations the protagonist was thrown into throughout the film. That’s why it was an immediate yes when Vishal reached out to me for this project. Having shot almost half the film blind folded I am taking back home a lot of memories and real bruises which truly made me value the clear vision even more. After Section 375, I was really looking forward to working with Ajay sir. I hope the OTT audience is ready for some thrills and chills with this one.”

Producer Vishal Rana, Echelon Productions said, “It gives me immense joy as we announce the release of Blurr. It is not just a film but an experience to live and I’m sure that the audiences will enjoy every single moment of this edge of the seat thriller.”

Manish Kalra, Chief Business Officer, ZEE5 India said, “2022 has been a successful year for ZEE5 and we take pride in offering quality content to our viewers. Our endeavour is to keep pushing the boundaries to identify consumer interest areas and expand the horizon of storytelling. Keeping up to our promise, we are happy to add Blurr to our content library as an exclusive content with direct to ZEE5 release. With unique character arcs and powerful performances, the film will quicken the pulse of the audience and engage their minds too.”

Shariq Patel, Chief Business Officer, Zee Studios said, “Zee Studios is committed towards consistently elevating the scale of its content. Blurr comes with an extremely talented cast led by Taapsee, who has broken barriers with this one. She is an absolute delight to watch. Looking forward to bringing this fabulous film to global audiences on ZEE5.”

Producer Pranjal Khandhdiya said, “In today’s times, the biggest challenge for making good films is to find right collaborations. For us, Zee Studios & ZEE5 have been the strong support always. Blurr is a special film for Taapsee and I and we promise that audience will have a never before experience watching it.”