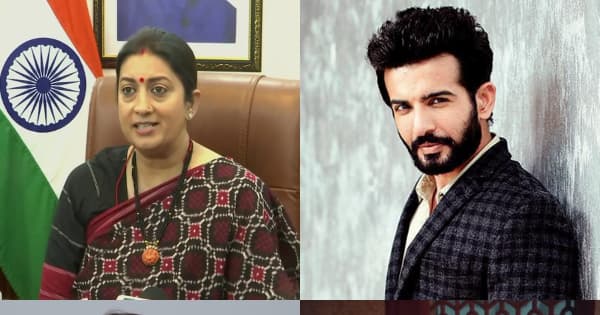 Hola, it’s time to walk you through the top TV newsmakers of the day. Week 46’s TRP report is out and Bigg Boss 15 continues to fail in impressing the viewers. Former actress turned politician Smriti Irani grabbed headlines when she was denied entry at a popular TV show and more. Check out the TV news of today here:

John in tears in front of Big B

In the upcoming Shaandaar Shukravaar special episode of Kaun Banega Crorepati 13, we will see John Abraham, Divya Khosla Kumar promoting their film Satyameva Jayate 2 on the show. John will flaunt his chiselled physique, goof around on the sets with Amitabh Bachchan and also share some interesting deets of his life. However, he will be seen shedding a pool of tears. Well, the reason will be revealed during the episodes. Meanwhile…

Well, no. Shubhangi Atre is the only Angoori Bhabi of Bhabiji Ghar Par Hai. However, the makers have brought a new twist to the current track. The twist is likely to impress the masses and keep them hooked to the TV show.

Rakhi opens up on husband Ritesh’ participation in Bigg Boss 15

Read the whole interview here: Bigg Boss 15: Birthday girl Rakhi Sawant OPENS up on ‘mystery’ husband Ritesh being a part of the show; says, ‘I will answer all my detractors’ – Exclusive

Social media posts and Bigg Boss khabris have revealed that Jay Bhanushali is out of the show. He will be eliminated from the house real soon. This is another shocking eviction as Simba Nagpal was eliminated just last night in a mid-week elimination.

Read the report here: Bigg Boss 15: Is Jay Bhanushali the latest contestant to be eliminated from Salman Khan’s show?

Reports of the honourable minister of Women and Child development Smriti Irani being denied entry on the sets of The Kapil Sharma Show had surfaced a couple of days ago. A source privy told Bollywood what actually happened.

In a recent media interaction, Urfi Javed opened up whether she is participating in Bigg Boss 15 as a wild card contestant. Urfi has been a part of Bigg Boss OTT that was hosted by Karan Johar.

Check out what she has to say here: Bigg Boss 15: Urfi Javed REACTS on entering Salman Khan’s show as wild card; says THIS about Umar Riaz