Pathaan is part of Aditya Chopra’s ambitious spy universe and has the biggest superstars of the country Shah Rukh Khan, Deepika Padukone and John Abraham in it. Yash Raj Films’ adrenaline pumping film, Pathaan, is set to release on January 25, 2023 in Hindi, Tamil and Telugu and we have confirmed information that several single screen cinemas, which shut down due to COVID-19, are reopening with Pathaan given the unprecedented buzz and hype that the film is carrying. 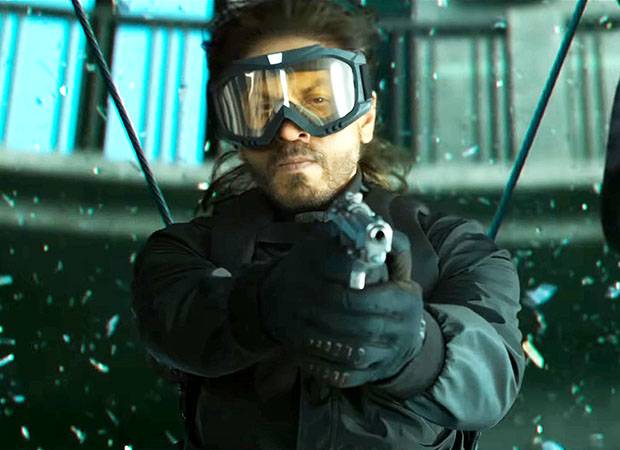 More and more cinemas are being encouraged to re-open by the production house, Yash Raj Films, with Pathaan which is the fourth film in the YRF Spy Universe. Post the pandemic, YRF is doing their part as India’s biggest film studio to nurse the theatrical landscape back to pre-Covid levels. Shah Rukh Khan’s superstardom and the buzz for Pathaan can usher in a new dawn for the theatrical business, which took a hit during the pandemic.

Detailing how important this reopening is and what ramifications it has on the industry business and of course the business of Pathaan, trade analyst Taran Adarsh told Bollywood Hungama, “It is great news. With this you are actually reviving the business, and giving a livelihood for so many people involved with the running of these theatres. Even for the business of the film, this contributes a major chunk of money. Multiplexes can hold nearly 50 shows a day, while single screens can go with 4 or 5 shows, but that does not take away the fact that there is a massive audience chunk that patronizes these theatres. Also while multiplexes are predominant in metro cities, single screens have greater market penetration in mass dominated sectors and tier 2 cities. So you are effectively reaching a larger audience.”

Continuing further Taran Adarsh also explained why the business of Pathaan will greatly benefit saying, “Unlike multiplexes, single screens have a lower ticket cost, so that essentially gets a whole segment of audience into theatres to watch films. For whatever reason those cinemas were shut, re-opening with Pathaan also proves the anticipation and buzz for the film among the audience. Basically the hype for the film is so much that theatres have decided to resume business, meaning there was sense and profit to be made for both the theatre owner and film producer in this. So yes, these theatres re-opening will have a highly positive effect on the business of Pathaan.”

YRF released the names of the 25 theatres:

While theatres re-opening to screen Pathaan is certainly big news, the film itself has been tracking immensely well. In fact, advance bookings of the film have indicated a highly positive trend, with estimates stating that Pathaan could see its opening day collections hovering around Rs. 42 cr.

Also Read: Deepika Padukone on starring opposite Shah Rukh Khan again in Pathaan: ‘We have a beautiful relationship’